The Resemblance Between Jonah And Jesus 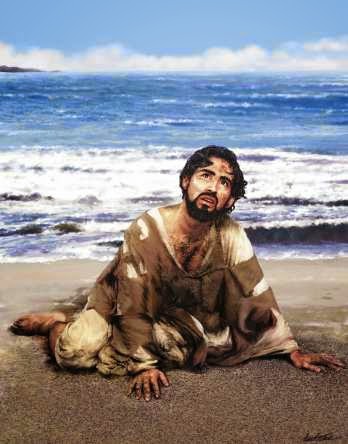 And when we examine the story of Jonah, great is the force of the resemblance. Jesus was sent to ‎preach repentance; Jonah also was sent: but whereas the one fled, not knowing what should come to pass; ‎the other came willingly, to give repentance unto salvation.

Jonah was asleep in the ship, and snoring ‎amidst the stormy sea; while Jesus also slept, the sea, according to God’s providence, began to rise, to show ‎in the sequel the might of Him who slept.

To the one they said, “Why are you sleeping? Arise, call ‎your God, that God may save us;” but in the other case they say unto the Master, “Lord, save us.” Then ‎they said, "Call upon thy God"; here they say, "save Thou".

But the one says, "Take me, and cast me into the ‎sea; so shall the sea be calm unto you"; the other, Himself rebuked the winds and the sea, and there was a ‎great calm.

The one was cast into a whale’s belly: but the other of His own accord went down, where the ‎invisible whale of death is. And He went down of His own accord, that death might cast up those whom he ‎had devoured, according to that which is written, "I will ransom them from the power of the grave; and from ‎the hand of death I will redeem them".

Posted by Unknown at 3:21 PM No comments: Links to this post