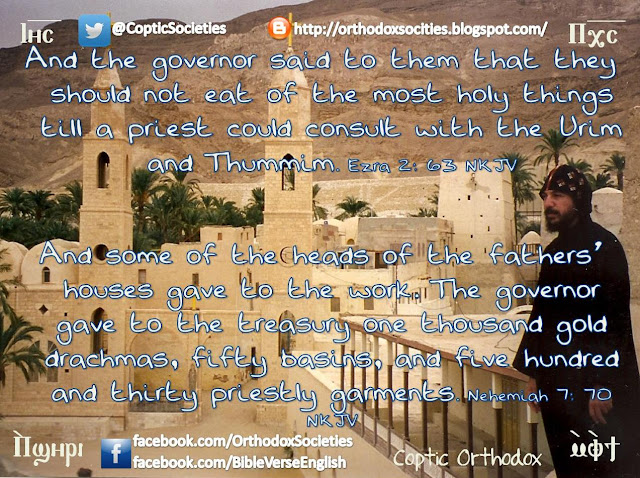 And the governor said to them that they should not eat of the most holy things till a priest could consult with the Urim and Thummim. Ezra 2: 63 NKJV

And the governor said to them that they should not eat of the most holy things till a priest could consult with the Urim and Thummim. Nehemiah 7: 65 NKJV

And Nehemiah, who was the governor, Ezra the priest and scribe, and the Levites who taught the people said to all the people, “This day is holy to the Lord your God; do not mourn nor weep.” For all the people wept, when they heard the words of the Law. Nehemiah 8: 9 NKJV

that I gave the charge of Jerusalem to my brother Hanani, and Hananiah the leader of the citadel, for he was a faithful man and feared God more than many. Nehemiah 7: 2 NKJV

Now in the second month of the second year of their coming to the house of God at Jerusalem, Zerubbabel the son of Shealtiel, Jeshua the son of Jozadak, and the rest of their brethren the priests and the Levites, and all those who had come out of the captivity to Jerusalem, began work and appointed the Levites from twenty years old and above to oversee the work of the house of the Lord. Then Jeshua with his sons and brothers, Kadmiel with his sons, and the sons of Judah, arose as one to oversee those working on the house of God: the sons of Henadad with their sons and their brethren the Levites. Ezra 3: 8 - 9 NKJV

they came to Zerubbabel and the heads of the fathers’ houses, and said to them, “Let us build with you, for we seek your God as you do; and we have sacrificed to Him since the days of Esarhaddon king of Assyria, who brought us here.” Ezra 4: 2 NKJV

And some of the heads of the fathers’ houses gave to the work. The governor gave to the treasury one thousand gold drachmas, fifty basins, and five hundred and thirty priestly garments. Nehemiah 7: 70 NKJV

Some of the heads of the fathers’ houses, when they came to the house of the Lord which is in Jerusalem, offered freely for the house of God, to erect it in its place. Ezra 2: 68 NKJV

O Lord, I pray, please let Your ear be attentive to the prayer of Your servant, and to the prayer of Your servants who desire to fear Your name; and let Your servant prosper this day, I pray, and grant him mercy in the sight of this man.” For I was the king’s cupbearer. And it came to pass in the month of Nisan, in the twentieth year of King Artaxerxes, when wine was before him, that I took the wine and gave it to the king. Now I had never been sad in his presence before. Nehemiah 1: 11 & 2: 1 NKJV

Posted by Coptic Societies at 11:03 AM No comments: 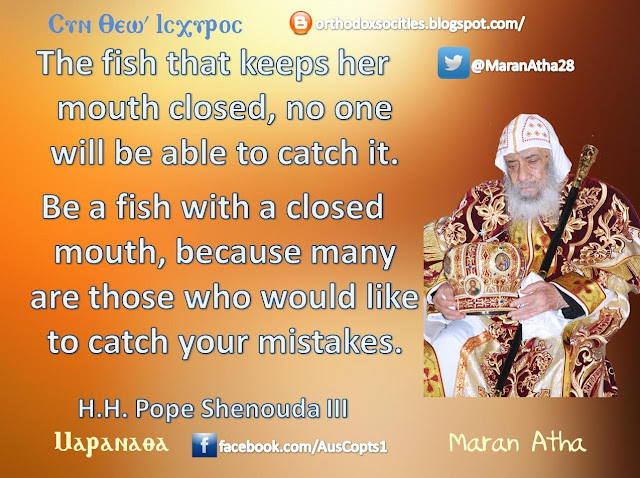 The fish that keeps her mouth closed, no one will be able to catch it.
Be a fish with a closed mouth, because many are those who would like to catch your mistakes.

Posted by Coptic Societies at 12:07 AM No comments: 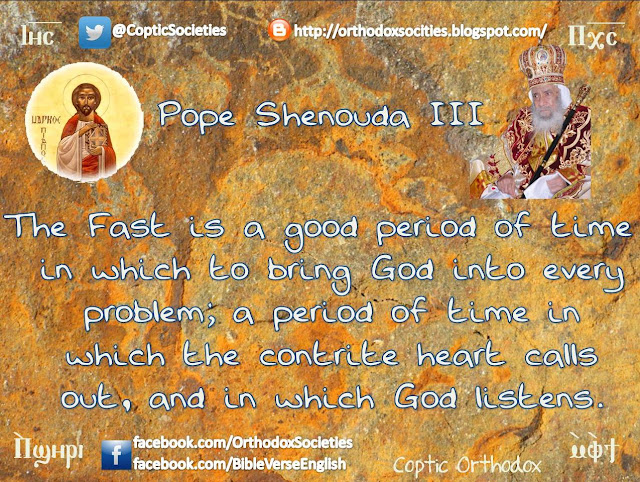 Posted by Coptic Societies at 8:48 PM No comments: 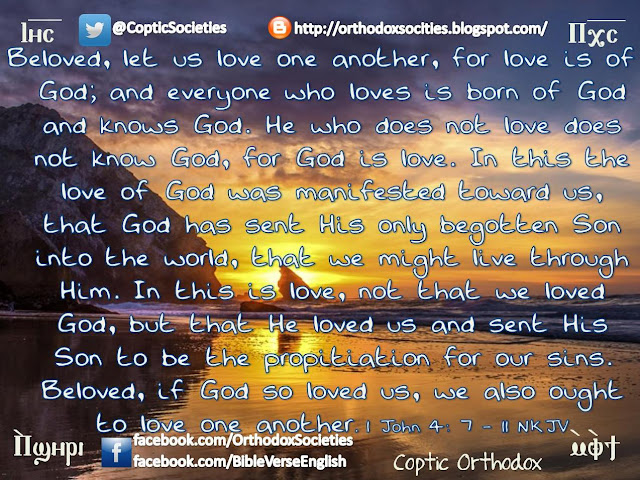 Beloved, let us love one another, for love is of God; and everyone who loves is born of God and knows God.

He who does not love does not know God, for God is love.

In this the love of God was manifested toward us, that God has sent His only begotten Son into the world, that we might live through Him.

In this is love, not that we loved God, but that He loved us and sent His Son to be the propitiation for our sins.

Beloved, if God so loved us, we also ought to love one another. 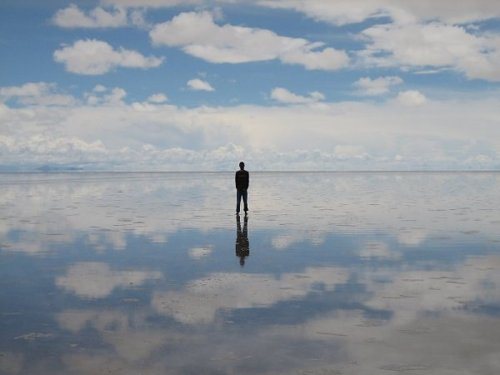 
This Is My Life
Going around and being drifted by the waves of this world; getting distracted by its worries and loaded with its burdens.

From this, my soul gets disoriented. It goes here and there losing the purpose of focusing on Him.

O My Lord, quiet my soul. Tell it to be still. When times get too tough, I want to listen to the spirit of yours.

Temptations and afflictions, even when numerous and hard, is your way to perfection, and are not a cause for perishment.

Posted by Unknown at 2:39 PM No comments: