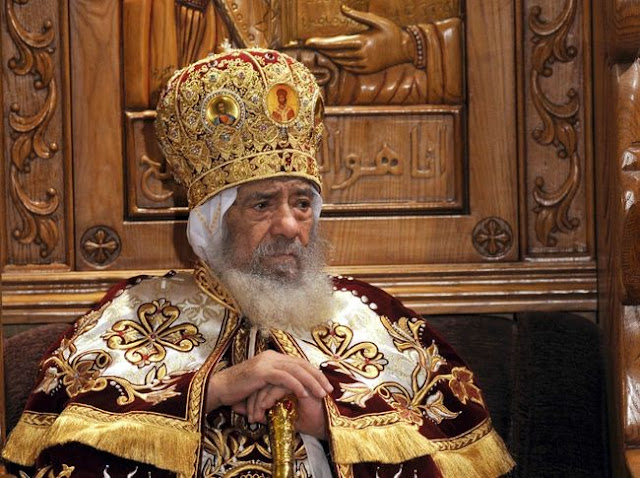 Shenouda, 88, became the 117th Pope of Alexandria in November 1971, and was popular among Egypt’s Christians and Muslims alike during his four decades in power.

His successor will play a central role in forging the church’s position in the country after the overthrow of president Hosni Mubarak last year. Islamist parties have since swept parliamentary elections and will dominate the debate over drawing up the country’s new constitution.

“He died from complications in health and from old age,” adviser Hany Aziz said. Shenouda had recently returned from abroad where he had been seeking medical treatment.

“It is too early to know what will happen next, but what is known is that the oldest bishop in the Holy See will be chosen as charge d’affaires until a new pope gets chosen by elections from different church councils in the different provinces.”

He said the pope’s body was expected to remain in a coffin for three days, provided doctors gave their approval.

Posted by Coptic Orthodox at 11:56 PM