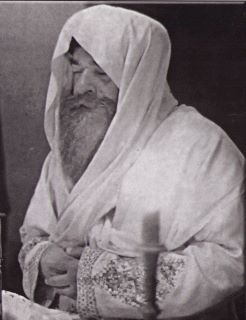 Sayings From Pope Kirillos VI
The 116th Pope Of The See Of ST. Mark


+ There is nothing under the heavens that is able to upset or worry me because I am protected inside the faithful refuge of the fortified castle. Comforted in the merciful bosom. And I own the spring of comfort.

+ Let no one annoy his brother with harsh words, but reconcile with each other through the sweetness of love.

+ I wished to live as a stranger and die as a stranger, but let the will of God be done. + Be comforted and do not over think – Leave the matter in the hand of the one who can deal with it.

+ Say to those who have a fearful heart; “Be strong and of good courage, do not be afraid for He is your God.”

+ Trust that the one who chose for you the beginning of the road, will not leave you in it’s midst.

+ It is important that you keep your peace. When you are in a state of anger, you will speak harshly.This is a war against you from the enemy of good, which wants to make you lose your peace and consequently the grace of God will depart from you.

+ Today if you hear His voice, do not harden your hearts.

+ The one who keeps the Children is God.

+ Struggle to be honest in your work and look out for the tricks of the enemy of good. Be obedient and submissive to your Magistrates even if they have impolite manner. Keep hold of humility because the one who humbles himself will be exalted and loved by both God and people.

+ He is the Lord who supported me and gave victory to my soul.

+ Make sure that after these tribulations God will give Grace, because every grace proceeded by a disaster. Surrender your circumstances to Him as He is sincere in his promise ( I will not forget nor forsake you, if the mother forgets her baby I do not forget. We are hard-pressed on every side, but not in despair; Cast all your cares upon Him because He cares for you ).