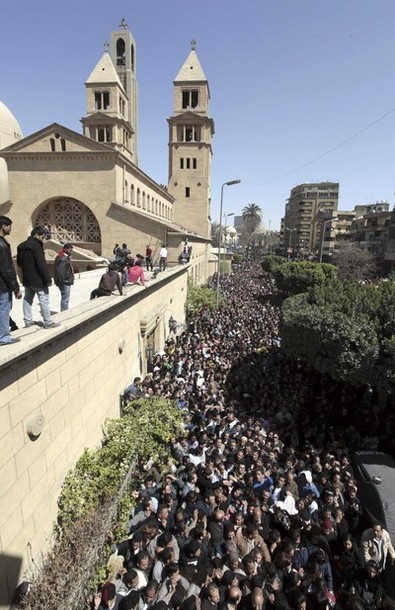 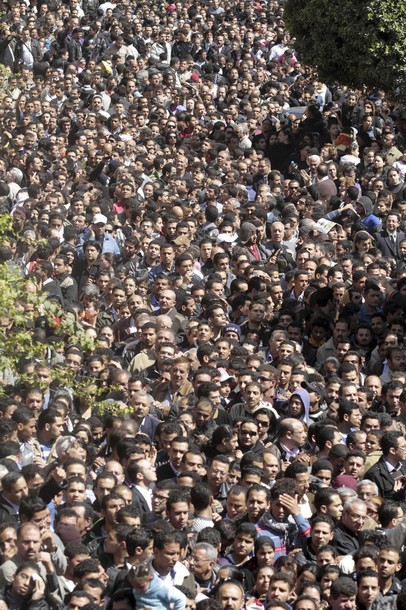 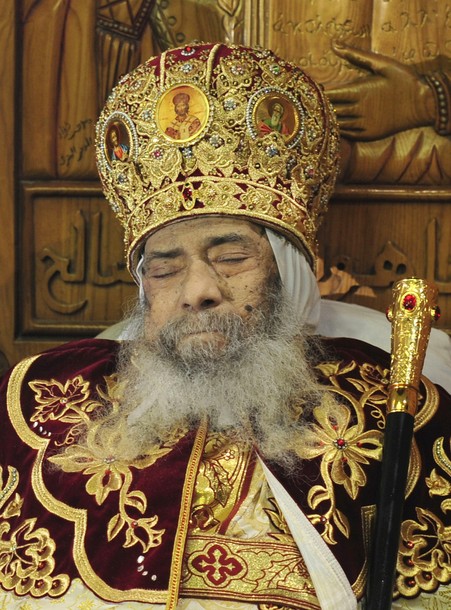 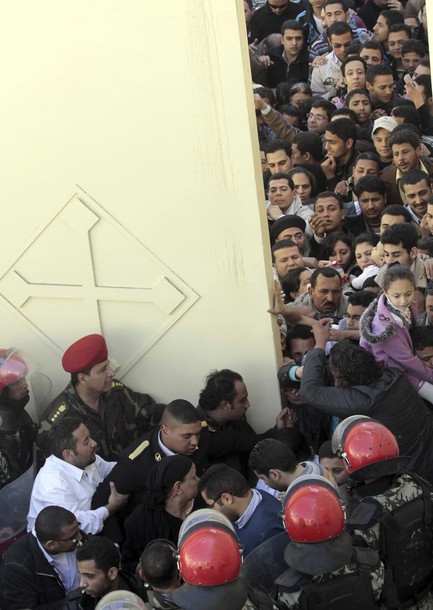 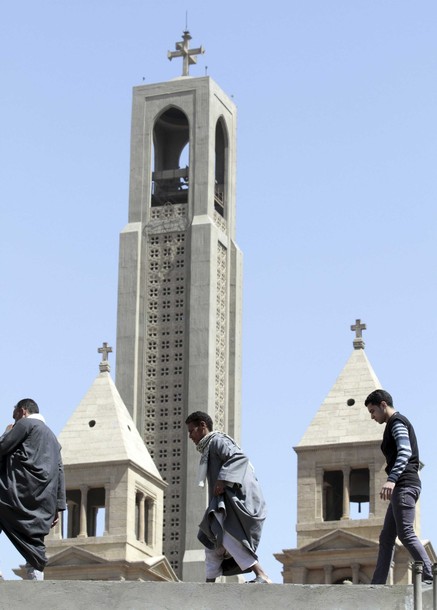 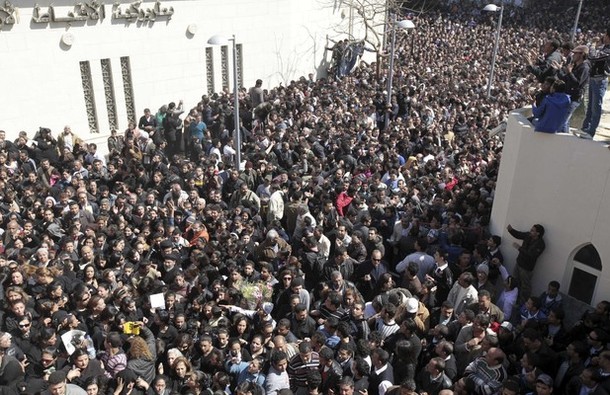 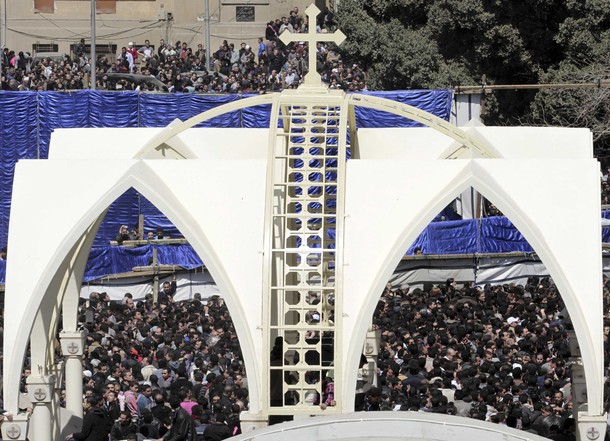 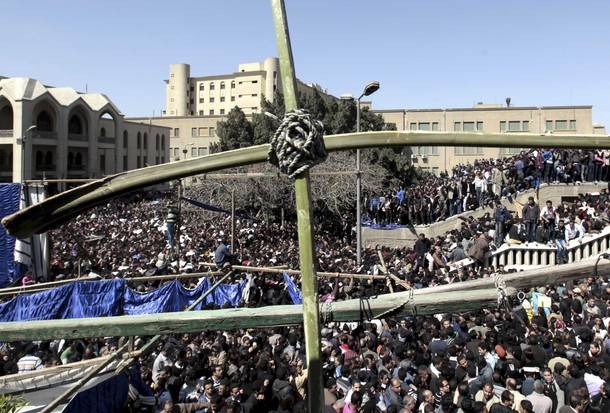 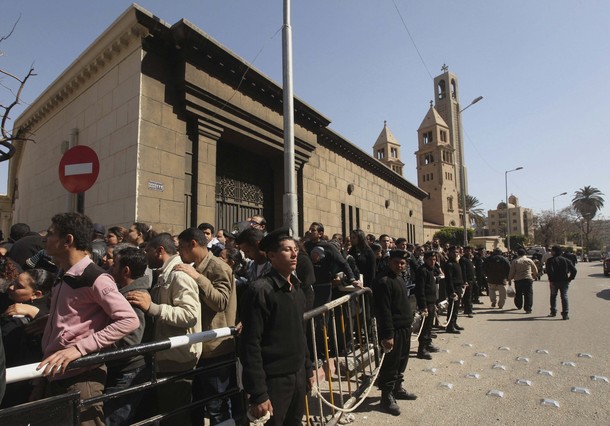 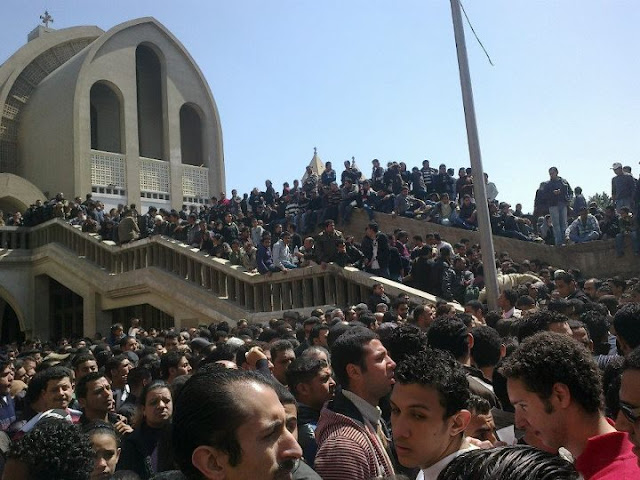 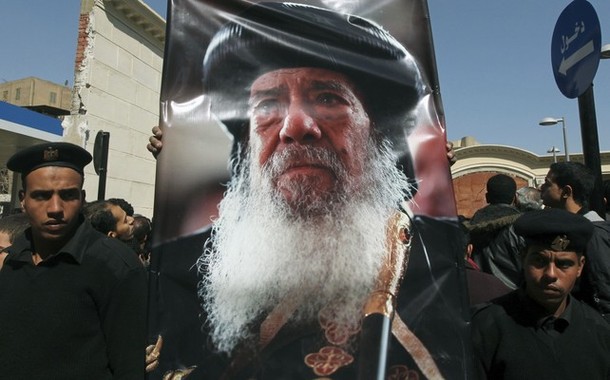 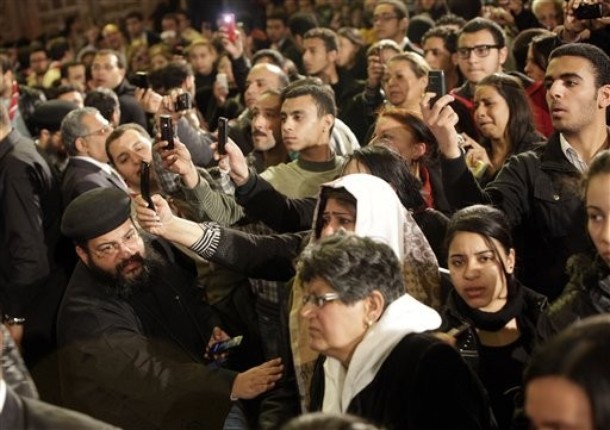 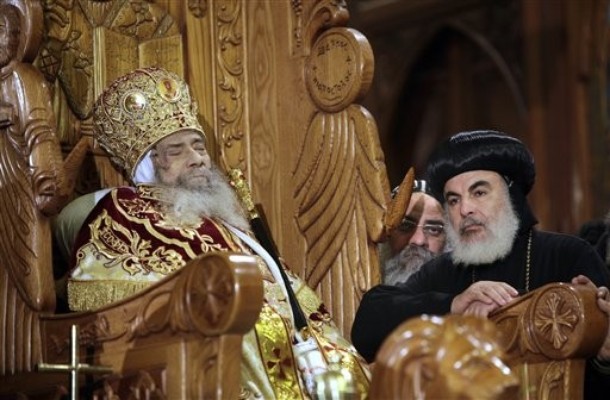 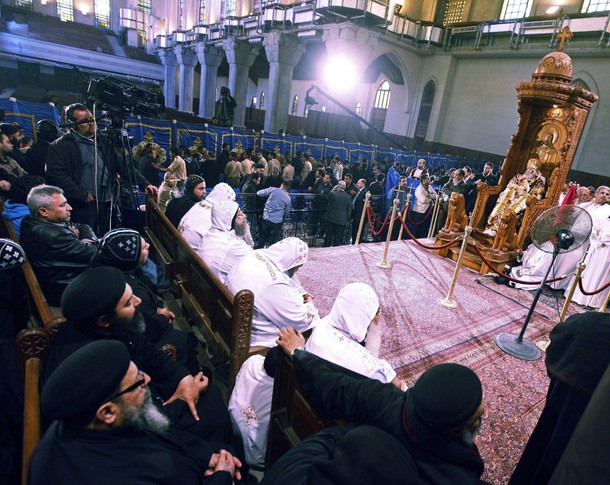 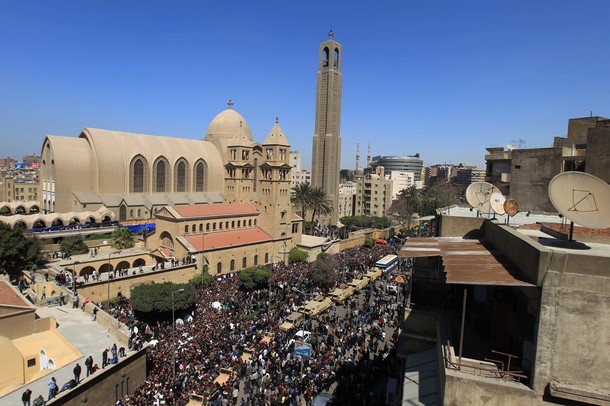 18/3/2012
Egyptian Christians gather to mourn the death of Pope Shenouda III, the head of Egypt’s Coptic Orthodox Church, outside the Abassiya Cathedra in Cairo March 18, 2012. Christians gathered on Sunday to pay final respects to Pope Shenouda III, who sought to soothe sectarian tension in his four decades atop Egypt’s Orthodox Church but saw increasing flareups in the majority Muslim nation in the last months of his life.